Coherent collection of policies, standards, and guidelines to guide government agencies in the design, acquire implement, and manage ICTs.  More 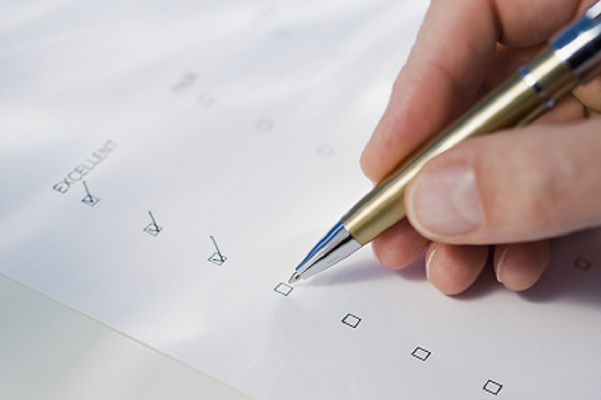 Standards and guidelines will enable better coordination and interoperability. 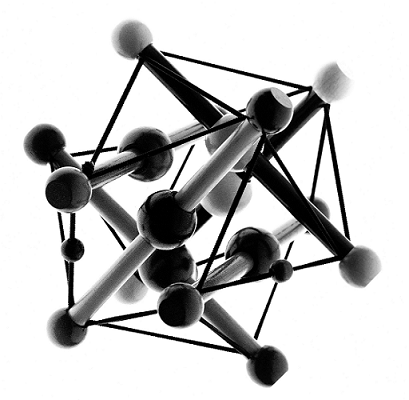 Enables higher performance by optimizing the contributions of people, process and technology.

Looking inward within the business organization and supporting application space.

NATIONAL DIGITAL ARCHITECTURE AND INTEROPERABILITY FRAMEWORK FOR GOVERNMENT OF BANGLADESH 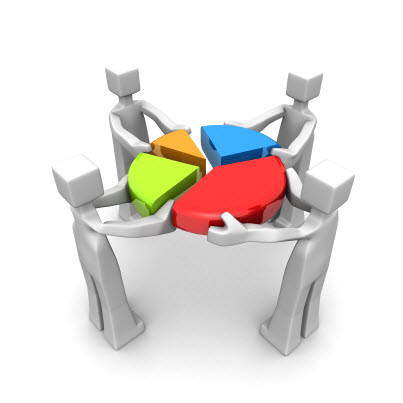 BNDA Workshop with IT Companies 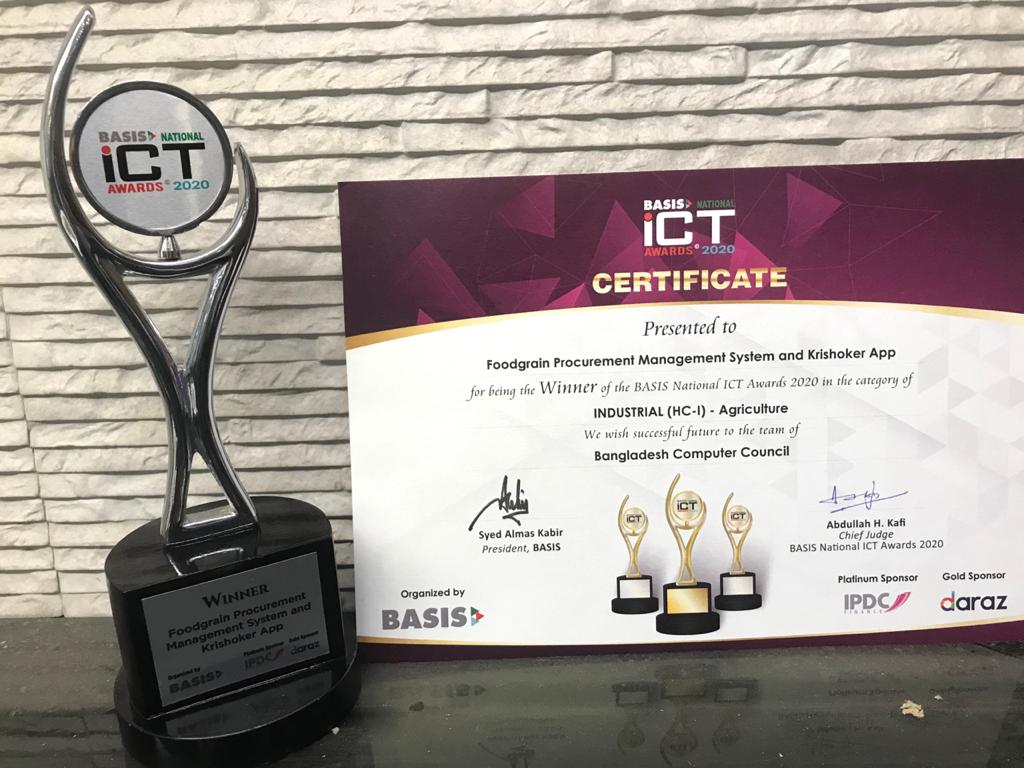 We are very delighted to utter that, on April 25, the beta version of the video conferencing platfor 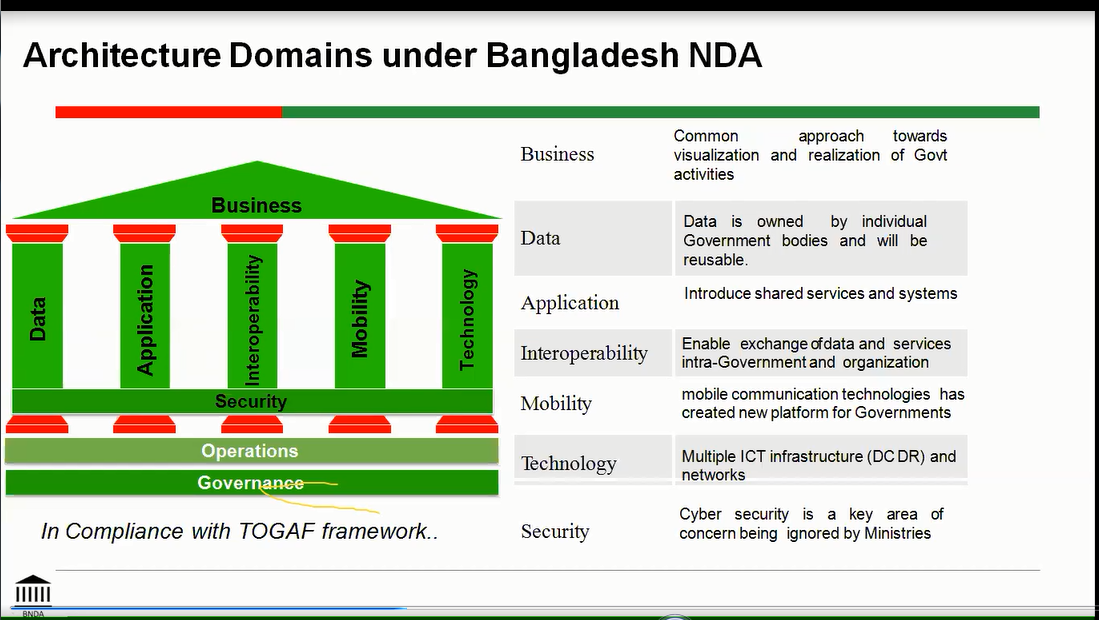 A workshop on BNDA standards was held recently, organized by BNDA Team with BASIS member organizatio 2 day-long workshop at Ministry of Railway(MoR)

A 2 day workshop on BNDA implementation was held at Ministry of Railway(MoR) recently. MoR arranged Workshop at Ministry of Defense(MoD)

A full-day workshop on BNDA was held at Ministry of Defense(MoD) on 3rd December 2020. MoD arranges Workshop on BNDA at Ministry Of Disaster Management & Relief (MODMR) the government will buy Boro in 22 Upazilas through the Farmer's app. In the previous Aman season, t 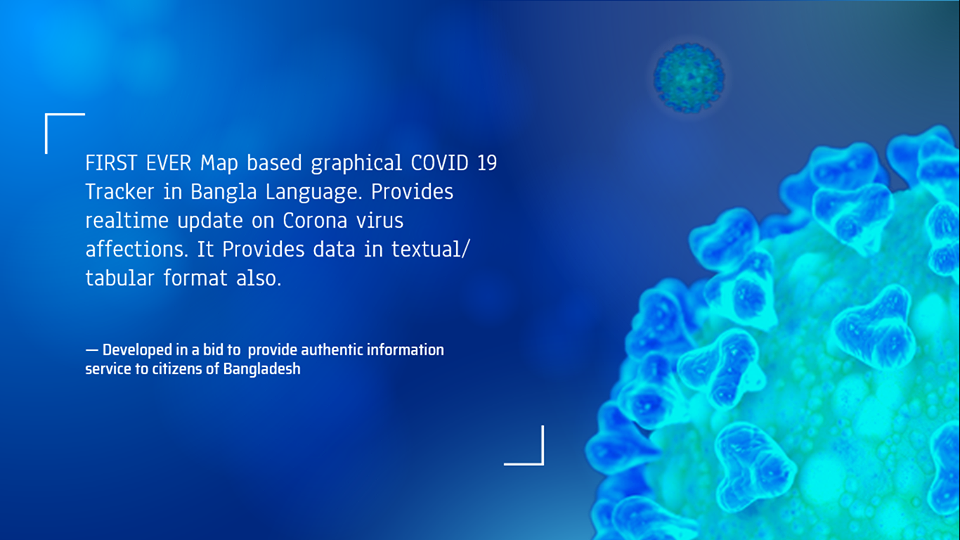 Series of Workshops on BNDA implementation ICT Division has published BNDA Guideline on 11 July 2019. It's a great achievement of the last 3+ y

Bangladesh Computer Council (BCC) has won WSIS prizes 2019. It’s one of the prestigious award in ICT 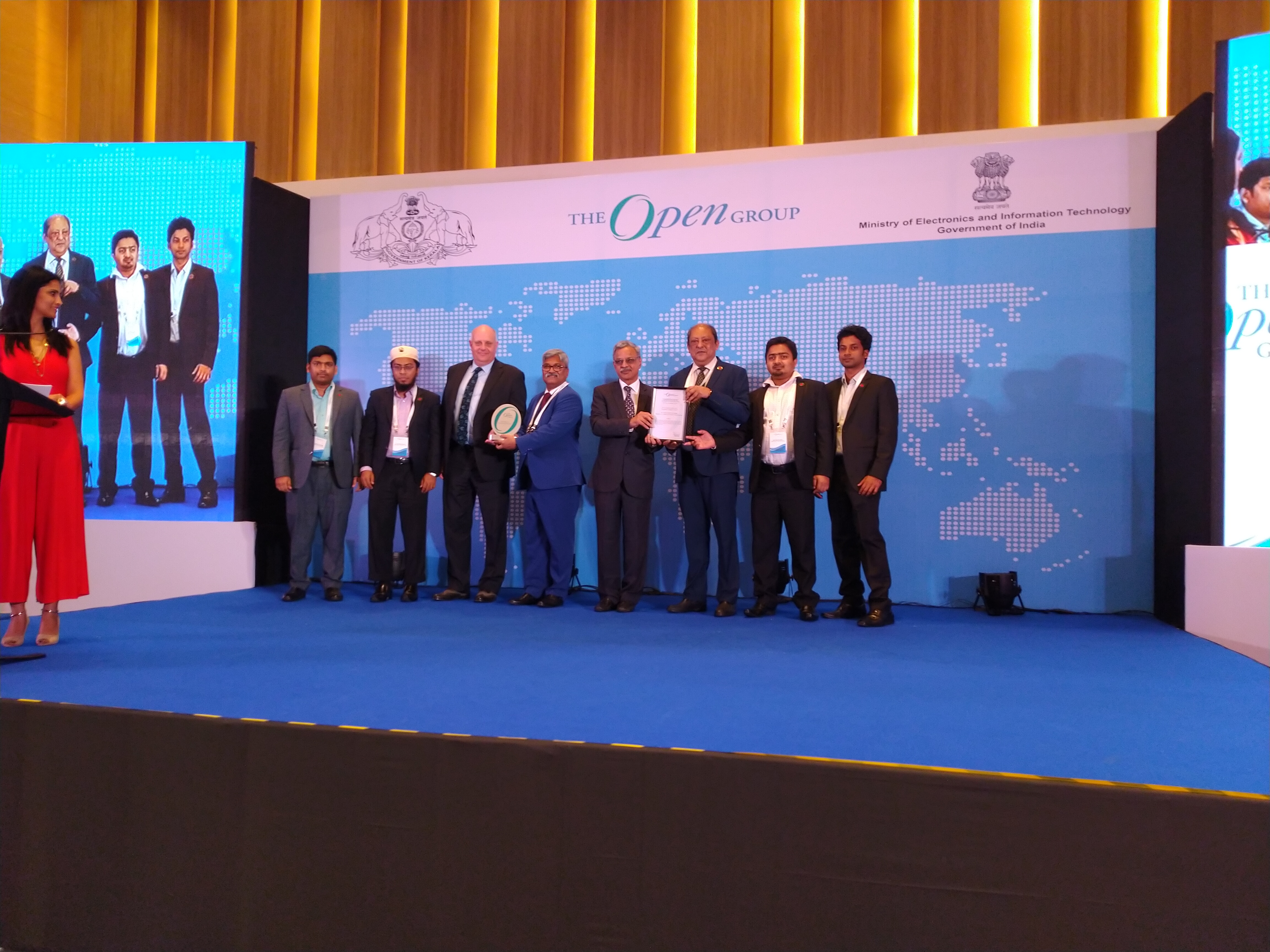 Its a pleasure to inform you that, Bangladesh Computer Council has been awarded "The Award of Distin

Its a pleasure to inform you that, Bangladesh Computer Council has been awarded "The Open Group Pres Sheikh Hasina, the Prime Minister of the Government of the People’s Republic of Bangladesh, assumed office on January 12, 2014 for the third time after the grand alliance led by her party Bangladesh Awami League won parliamentary election on 5th of January.

She became prime minister for the first time on June 23, 1996 when her party Bangladesh Awami League acquired majority in the general election held on June 12, 1996.

After the term, conspiracy designed by the then caretaker government led Bangladesh Awami League to lose the general election in 2001 and Sheikh Hasina became the leader of the opposition again. A military-backed caretaker government took over the office in 2007 as the BNP-Jamaat government failed to hand over power in a peaceful manner in 2006. After two years in the office, the caretaker government organized the 9th general election on December 29, 2008. Sheikh Hasina’s party earned a landslide victory with a two-third majority in the widely acclaimed free and fair election leading her taking over the office of the prime minister for the second time on January 6, 2009.

Sheikh Hasina continued her struggle and remained undaunted to ensure people’s right to food, vote and other fundamental rights ignoring numerous obstacles, including threat on her life. Under her leadership, people of Bangladesh achieved democracy and freedom of speech. Bangladesh earned the dignity of a lower middle-income country.

The country achieved tremendous success in socio-economic fronts during her tenure. In 1996-2001 term, Sheikh Hasina’s government achieved laudable successes in many fields, the most significant being the 30-year Ganges Water Sharing Treaty with India; the Peace Accord on Chittagong Hill Tracts; construction of Bangabandhu Bridge; and ensuring food security. She also introduced beneficial programme for farmers, and social safety nets for the distressed, landless and deprived people. These include allowances for distressed women, widows, disabled and freedom fighters; Ashrayan for the homeless and “One house-One farm” scheme.

Sheikh Hasina is the Chairperson of ‘The Father of the Nation Bangabandhu Sheikh Mujibur Rahman Memorial Trust.’ She believes in democracy, secularism, inclusive growth and progress, and dedicated her life to eliminate poverty and barriers that marginalize people. Her interest is in technology, cuisine, music and reading.

Sheikh Hasina’s only son Sajeeb Ahmed Wazed is an ICT expert. Her only daughter Saima Hossain Wazed is a psychologist and has been working for the betterment of autistic children. She has 7 grandchildren.

Sajeeb Wazed, is a ICT Consultant and political campaigner. He is the son of Sheikh Hasina, the Honorable Prime Minister, Government of the People’s Republic of Bangladesh, and the eldest grandson of Sheikh Mujibur Rahman, the first President of Bangladesh. A member of the Awami League, He was a key figure in formulating the party's vision 2021 manifesto. He is currently serving as the Honorable Prime Minister’s Information and Communication Technology Affairs Adviser.Sajeeb Wazed graduated with a B.Sc. in Computer Engineering from the University of Texas at Arlington in the United States and attended the Kennedy School of Government at Harvard University, where he earned his Masters in Public Administration degree.In 2007, Sajeeb Wazed was selected by the World Economic Forum in Davos as one of the "250 Young Global Leaders of the World". The forum cited his role as Advisor to the President of the Bangladesh Awami League.On 25 February 2009, Sajeeb Wazed officially joined the Awami League as a primary member of the Rangpur district unit of the party.Within days of joining the Awami League as a primary member, Sajeeb Wazed, in his capacity as an IT policy analyst, unveiled the concept paper and action plan for the government's ambitious "Digital Bangladesh" scheme; to develop a strong ICT industry in Bangladesh and initiate e-governance and IT education on a mass scale.

Mr. N M Zeaul Alam is, at present, the Senior Secretary of Information and Communication Technology Division. He is the immediate past Secretary, Coordination & Reforms of the Cabinet Division. Prior to that, he was the Director General of the Department of Immigration and Passport. He started his career as Assistant Commissioner, a member of the Bangladesh Civil Service (Administration) cadre in 1986. He is from BCS-84 batch. He obtained B.Sc. (Hons.) and M.Sc. in Botany from the University of Chittagong. He did his 2nd Masters from the Brac University on Governance and Development in 2006. He served in almost all the core posts of the field administration like Magistrate, Assistant Commissioner (Land), UNO, ADC, ADM, DC and Divisional Commissioner. Besides, he served as Senior Assistant Secretary, Deputy Secretary, Joint Secretary and Addl. Secretary in different Ministries/Divisions. He was the Deputy Project Director of ‘Asrayon’, a project under the Prime Minister’s office. He also worked as Assistant Returning Officer, Returning Officer and Divisional Coordinator of National and Local Govt. level elections.

He has experiences in organizing different national, social and cultural events in his workplace. He faced the natural disaster ‘Aila’ while working as DC Khulna in 2009. He has a unique experience to establish a women college in Chitalmari, Bagerhat in 1995 while working as UNO.

Mr. Alam is married and blessed with three daughters. His favorite pastime is watching TV.

His vision is to serve the people.